“A pandemic is an epidemic of an infectious disease that has spread across a large region, for instance multiple continents or worldwide, affecting a substantial number of individuals. A widespread endemic disease with a stable number of infected individuals is not a pandemic. Widespread endemic diseases with a stable number of infected individuals such as recurrences of seasonal influenza are generally excluded as they occur simultaneously in large regions of the globe rather than being spread worldwide. Throughout human history, there have been a number of pandemics of diseases such as smallpox. The most fatal pandemic in recorded history was the Black Death—also known as The Plague—which killed an estimated 75–200 million people in the 14th century. The term had not been used then but was used for later epidemics, including the 1918 influenza pandemic—more commonly known as the Spanish flu. Recent pandemics include tuberculosis, Russian flu, Spanish flu, Asian flu, cholera, Hong Kong flu, HIV/AIDS, and COVID-19.” (Wiki) 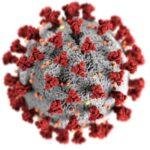 “A pandemic is an epidemic of infectious disease that spreads across a large region, multiple continents, or even worldwide. Pandemics can cause death, disability, and suffering on a massive scale. They can also have profound economic, social, and political impacts. Pandemics have played a significant role in human evolution. Major pandemics such as the Black Death and the Spanish Flu have killed millions of people and have had a profound impact on human societies. These pandemics have also led to major changes in human biology. For example, the Black Death is thought to have resulted in the selection of a genetic variant that confers resistance to the disease. Pandemics can also have a major impact on human behavior. For example, the fear of contracting a deadly disease can lead people to change their behavior in an attempt to avoid infection. This can result in changes in social norms and values. Additionally, pandemics can lead to the development of new technologies and medical treatments. Overall, pandemics have played a significant role in human evolution. They have led to changes in both human biology and behavior. Pandemics will continue to play a role in human evolution in the future as we face new challenges posed by diseases.” (TEWAI)