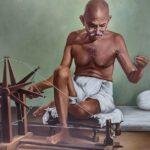 Minimalism is a movement in visual arts, music, and other media that began in post–World War II Western art. Minimalism may also refer to:

“In recent years, there has been a growing interest in minimalism as a lifestyle choice. This is likely due in part to the increasing awareness of the negative environmental and social impacts of consumerism. Minimalism is often described as a lifestyle in which people focus on owning fewer possessions and living more simply. There are many benefits associated with minimalism, including reducing stress, increasing freedom, and improving physical and mental health. Minimalism can also have a positive impact on the environment by reducing consumption and waste. Despite the many benefits of minimalism, it is not without its challenges. One of the main challenges is that it can be difficult to change long–held beliefs and habits about consumption. Additionally, minimalism requires a certain level of privilege and can be difficult to maintain in a society that is built on consumerism. Overall, minimalism is a lifestyle choice that comes with many benefits. It can be difficult to adopt, but the rewards are well worth the effort.” (TEWAI)

Bea Johnson. (2018). Zero Waste Home: The Ultimate Guide to Reducing Your Waste. Penguin Books..
Joshua Becker. (2014). The More of Less: Finding the Life You Want Under Everything You Own. WaterBrook.
Leo Babauta. (2011). The Power of Less: The Fine Art of Limiting Yourself to the Essential…in Business and in Life. Zen Habits LLC.
Courtney Carver. (2011). Soulful Simplicity: How Living with Less Can Lead to So Much More. Hachette Books.