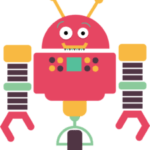 The AI was asked: Write an academic thesis in 500 words about “will humans survive the 21st century?” and add scientific references and citations inside the text. 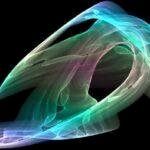 The AI was asked:
Write a story in 500 words about “when humans went extinct“ and add scientific references and citations inside the text.
The AI replied:

“The last human died in 2055. The cause of death was unknown, but it was speculated that a new disease swept through the population, wiping out humanity in a matter of weeks. The last human died clutching a photograph of their family, their eyes filled with sadness and regret. With humanity gone, the world was left to the animals. For a while, they flourished. The earth was green and beautiful, and the animals lived in harmony. But eventually, the animals began to fight amongst themselves, and the world descended into chaos. There was no one left to keep the peace or protect the weak. The strong preyed on the weak and the world became a dangerous place. The animals fought and killed each other until there were none left. And so, the earth was left empty and silent, bereft of the humans that once called it home.” (TEWAI)