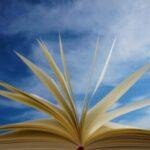 “Education reform is the name given to the goal of changing public education. The meaning and education methods have changed through debates over what content or experiences result in an educated individual or an educated society. Historically, the motivations for reform have not reflected the current needs of society. A consistent theme of reform includes the idea that large systematic changes to educational standards will produce social returns in citizens’ health, wealth, and well-being. As part of the broader social and political processes, the term education reform refers to the chronology of significant, systematic revisions made to amend the educational legislation, standards, methodology, and policy affecting a nation’s public school system to reflect the needs and values of contemporary society. Before the late 18th century, classical education instruction from an in-home personal tutor, hired at the family’s expense, was primarily a privilege for children from wealthy families. Innovations such as encyclopedias, public libraries, and grammar schools all aimed to relieve some of the financial burden associated with the expenses of the classical education model. Motivations during the Victorian era emphasized the importance of self-improvement. Victorian education focused on teaching commercially valuable topics, such as modern languages and mathematics, rather than classical liberal arts subjects, such as Latin, art, and history.

Motivations for education reformists like Horace Mann and his proponents focused on making schooling more accessible and developing a robust state-supported common school system. John Dewey, an early 20th-century reformer, focused on improving society by advocating for a scientific, pragmatic, or democratic principle-based curriculum. Whereas Maria Montessori incorporated humanistic motivations to “meet the needs of the child”. In historic Prussia, a motivation to foster national unity led to formal education concentrated on teaching national language literacy to young children, resulting in Kindergarten. The history of educational pedagogy in the United States has ranged from teaching literacy and proficiency of religious doctrine to establishing cultural literacy, assimilating immigrants into a democratic society, producing a skilled labor force for the industrialized workplace, preparing students for careers, and competing in a global marketplace. Education inequality is also a motivation for education reform, seeking to address problems of a community.” (Wiki)